I decided I need to share these little family films each month on here, just for kicks if nothing else! (And yes, I’m really behind in sharing…) I’ve mentioned before that these films are just for my family, and I don’t put a lot of time and effort into them. They’re more for posterity’s sake.

When I finished this one, my boys went through my Vimeo channel and watched a lot of our older videos, and it was so fun to see how they’ve grown and changed over the 3 years I’ve been making films! One never gets time back again, so they are keepsakes for our family!

Back in August, my two oldest boys (teenagers) were utterly bored and only wanted to play their phones all day. As that isn’t so cool to someone who grew up playing outside all summer, I told them to ditch the devices and find something fun to do. Well, of course they listened right away and went off, finding something productive! Oh wait…no they didn’t! They whined even more about there being nothing to do! 😉

So I had to intervene. I saw a post on Instagram from Our Best Bites, that they were doing a giant cookie challenge, and shared it with them. Well, it was a go, they were totally up for making a giant cookie they could make just for themselves! I decided for my fun, I’d make a short film of it, and they loved that too! Just as they were finishing up, their little brothers came into the kitchen (they’d been busy playing legos and were oblivious to what had been going on until they could smell the cookies). They made some cookies too, but were so jealous that they didn’t get a film of them making their giant cookies.

So on Christmas Eve, when my twins were bored, I suggested they make some giant cookies. My youngest then told me he wanted a film of them making cookies too…so mama delivered! It was like a Christmas miracle for them to get their own cookie making film! 🙂

And yes, the cookies were as delicious as they looked! You can find the recipe on the Our Best Bites blog. But be warned, once you make giant cookies, kids don’t ever want to go back to little ones again!

Will a branding session work for you?

In a 30 minute consultation, we will discuss some ideas of how to up your online presence, and what pictures and video ideas will make your company and products look as good as they are! 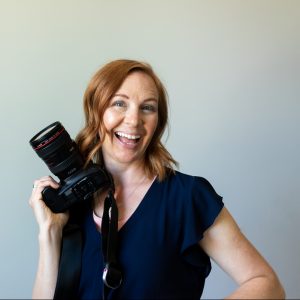 I'm Emily--I help businesses and brands create unique and creative videos and pictures, so they don’t have to think about what to post online day after day!

Whether it’s short films, commercials, stop motion videos or creative photos, I love helping you amp up your online presence with creative content!

I keep thinking spring is coming...but then winter

I decided to try intentional camera movement on so

Morning nap. Because every teenager needs a nap 20

I’m so thrilled and beyond honored that this ima